Everyone has a favorite movie or band that no one else has ever heard about. For whatever reason, they remain undiscovered and underrated. Now is your chance to tell the world about this obscure treasure!

When Alex J. Cavanaugh organized this Blogfest I thought it was a great idea to join since I had not done a bloghop in a long time. And then I spent several amazing hours staring at the blinking cursor, searching in my brain for something to list here.

Actually, my choice for today is not an underrated movie but I think it's a treasure. El Estudiante (The Student) won several prizes and nominations but I'm going to list it here because being a Mexican movie, it's very likely you haven't heard about it or seen it. 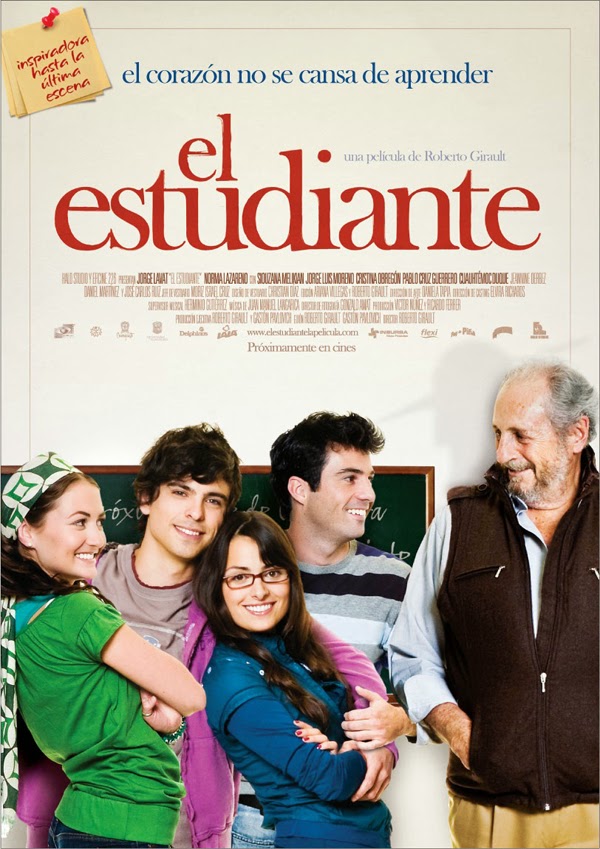 Storyline:
"Chano (Jorge Lavat), a retiree in his seventies, enrolls at a university to follow his long-deferred dream of studying literature and in the process he tears down the generational gap with a group of youngsters. In a clash of diverse customs and traditions, they share their hopes and dreams, overcoming the challenges of life, romance and friendship." IMDb.

Probably I just chose this movie because it echoes with what happened in my life the last two weeks... or two centuries, I'm not sure. Fifteen days ago, I had come to a point when I didn't expect much of life. I had a vision of what my future would be and it wasn't much different from my present. I knew what to expect and what not to expect. My dead dreams would stay dead. My new dreams were fuzzy clouds that came and went. I manage my present the best way I can and same way I would manage my future. There was little chance for something new to happen that would take me out of my routine and the safety of my dragon cave.

For many MANY years I've struggled with my personal demons. I knew my limitations and all the impairments that kept me hidden in the cave. Safe from the world. Safe from people and their judgement and prejudices. In my book, the least contact I had with the world and the less they knew about me, the better. After all, I was old and I was odd (half dragon-half human). I had bad temper and worse health and, on top of that, I'm allergic to some kind of people. I also suffered of crowd-intolerance. Although some ninjas stubbornly insist they are older than the Dragon, truth is in many aspects I'm like Morla, The Ancient One.

On Monday, two weeks ago, I got a call from a dearest friend of my distant past. A person I thought I would never hear from again because we didn't part in the best of terms. He made me an offer. One I thought I would never consider again because of my many issues. Two days later I left the cave to go to a place I swore I could not return because (according to my experience) I couldn't handle it. The people, the traffic, the noise, the pressure, my confidence, my health... all concerns were left behind on an unexpected rush of courage. An inner voice instigated me to try and stand on the battlefield where I had been utterly defeated in many levels so many years ago.

"It doesn't matter if you accept the offer or not. Just be there. Find out where you are standing right now. Maybe it is not where you think you are." This voice told me. "You're not the one you were before."

"That's right. I'm older. Way older, and rusty, and crazy, and outdated... and very much frightened." I thought.

I stood on the battlefield. I heard my old friend out. I spoke my mind. Slowly, I opened up to possibility. For a short while, I even dreamed of what could be. And I thought that yes, I could give *that* battlefield another try. I was ready to jump in. I had not just grown old, but I had grown wiser and stronger and more balanced.

In the end, it didn't happen because of the one problem I had not foreseen. I hid from the world for so long and so well that I had become a ghost. I wanted the world to leave me alone and, in return, the world kept little record of me. There was no proof of the things I've done, because I did everything under the cloak of anonymity. Saddened of not getting the offer I feared at first, I came back to the cave. I'm aware being a ghost is a consequence of my own decisions, though.

The funny thing is that despite of the result, I feel more alive than two weeks ago. I feel like doing new things, challenge myself and reactivate my brain capacity. Dead dreams came back to life. I didn't get to study high-school and my attempts in the past were interrupted by different reasons. Maybe now is the right time. I might be The Ancient One but C.S. Lewis said you're never too old to set another goal or dream a new dream. Life doesn't end until you stop breathing, and until then, you can keep learning new things.

The experience of the past two weeks taught me I'm no longer the one I thought I was. I'm indeed healthier and more in control of myself. Old wounds have healed and I've grown stronger but I didn't know it because I was resting in my comfort zone. I am a ghost but I don't want to stay a ghost anymore. I wouldn't have realized all of these things, had I not dared to attend that meeting. The only way to realize if you're strong enough to return to the fight is by facing your fears and stand on the battlefield again.

My inner voice told me that whatever happened in that meeting, it would be the best thing that could have happened. It was true.

****
Talking about challenges, I overtook the challenge to sculpt using a different material than those I've used before, and a totally unknown technique as well. I needed the help of the dwarves and every brain cell inside my head to figure out how to take the vision in my head and put it out there...with yarn.

I share the result with you. Ladies and gentlemen, they are Father Dragon and Captain Ninja. 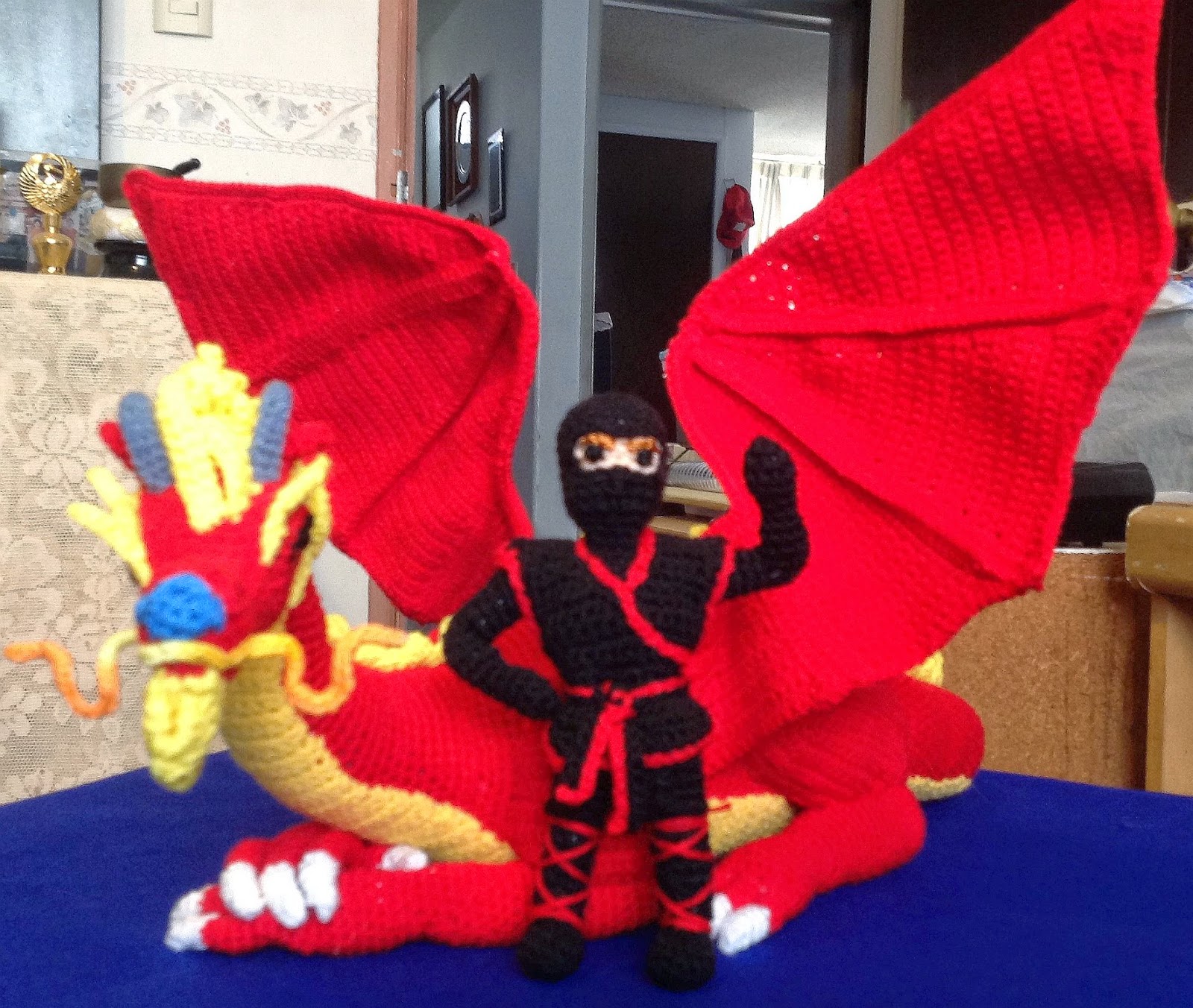 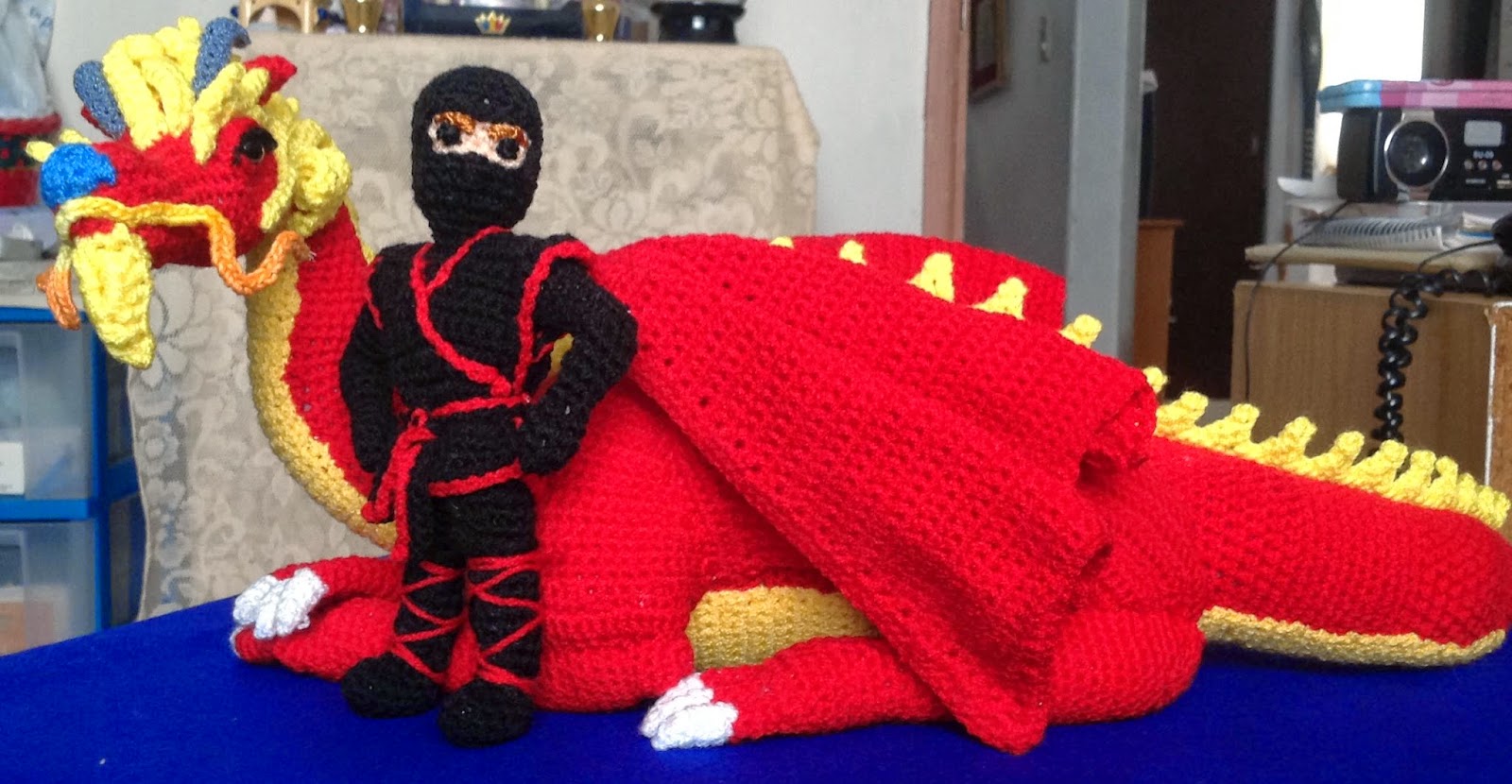 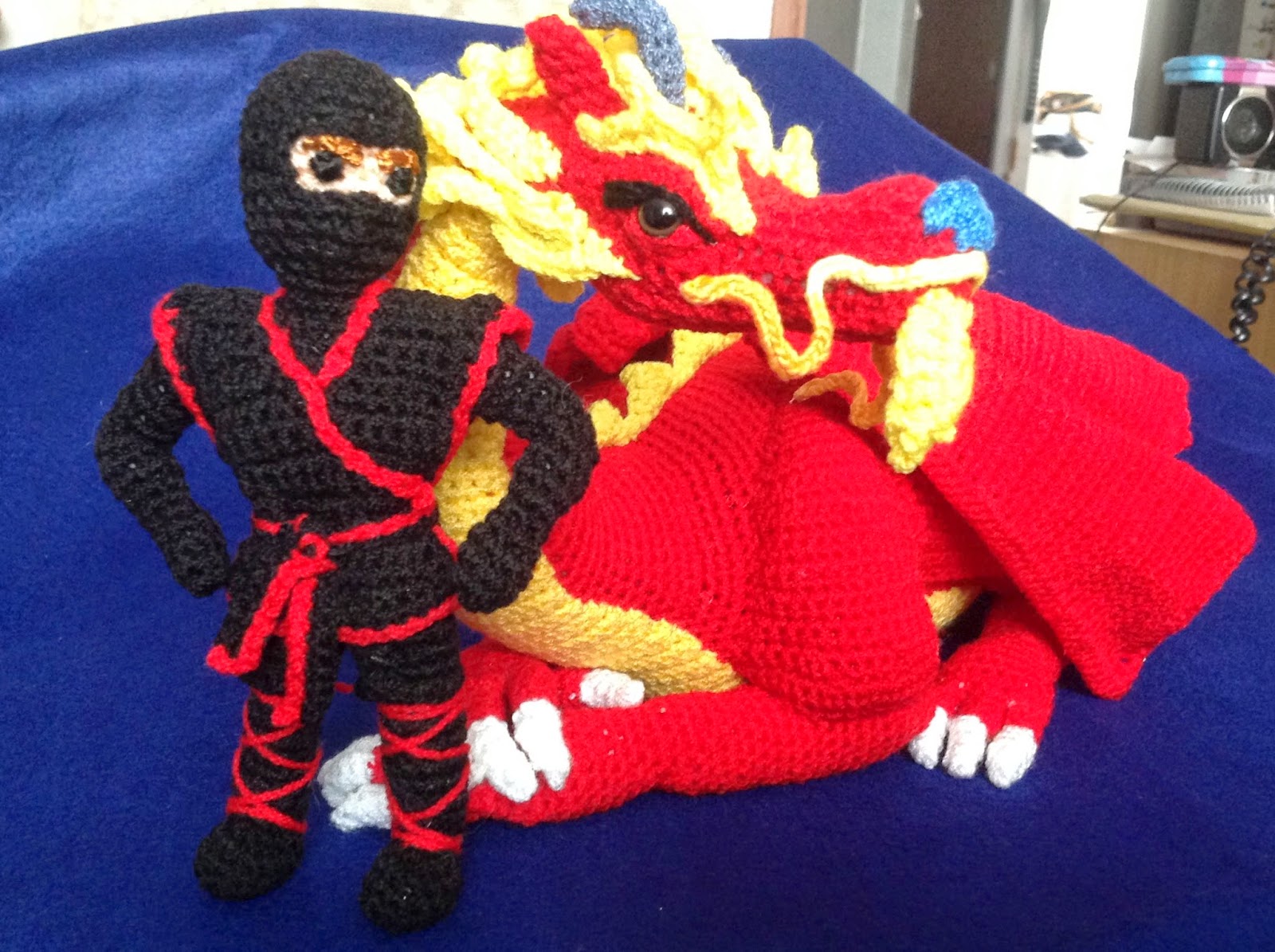 Further details, if you still have time...