Captain Ninja on the Hot Spot

Father Dragon is putting the Captain in the hot spot today. And boy, it's hot! It's a miracle I have not set the Cave on fire yet. Dwarves wearing yellow asbestos suits make them earn the name of minions indeed. They've added phosphorus to my diet to get brighter fire. It's real fun to write names with my breath. We intend to give fireworks a new definition and the lucky victim volunteer is no other than your friendly master blogger, amazing 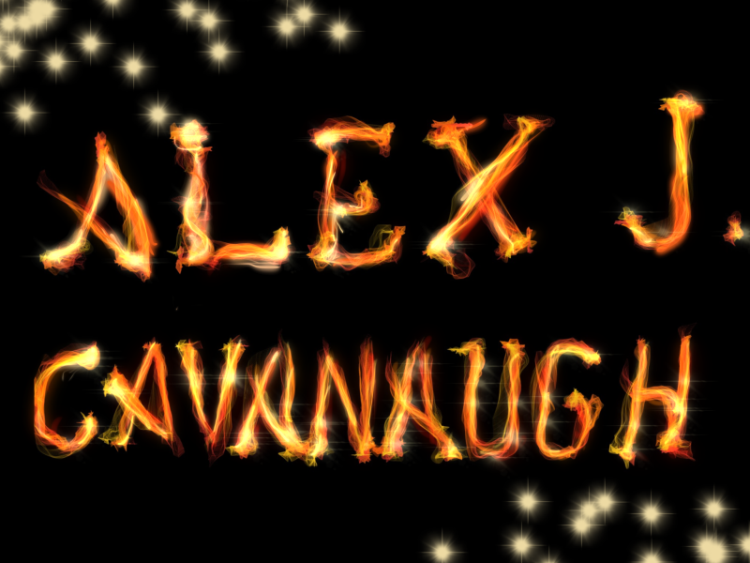 Yes, the dwarves got carried on with the firework stars. The "Oooh's" and the "Aaah's" never ceased but that's not new. Alex has that effect on them. It all started with CassaStar, the first book of the trilogy.

I must confess I wanted to get my talons on that book since January. For some reason or another I had to delay the purchase. However, I entertained myself reading the reviews in Amazon, all of them.  I looked forward for the chance to see for myself if the book was as good as most praised, or as bad as some said. Or if I would also find the things some pointed out insistently.

Dragon is a reader difficult to please. My attention span is short, I'm extremely logical and I have a slight obsession to analyze everything.  My suspension of disbelief is easily disturbed if the author forces things just for the sake of the scene. If that happens, I get annoyed or bored and start skimming over parts. If the story doesn't grasp me again, then chances are I'll abandon the book rather quickly. Yes, I know. Awful. There are books that have a great second half. But Father Dragon favors books with two great halves.

CassaStar came to me as a birthday gift. I was glad to find it never lost my attention once I was caught in the story. That was more or less about the second page. Actually, it was the protagonist, Byron, who caught me, and he did it with an iron grasp. It's worth to clarify here that I am with those who believe Byron is not a likable character. He's arrogant, stubborn and at some point ungrateful and insufferable... and my soul mirror when I was his age.

Usually we like to identify with the character with the best attributes, but the dragon identified with the obnoxious young man. Many centuries ago, I was exactly like him. I was never a pilot of a Cosbolt, of course, but my thinking and attitude were the same. I could even remember situations when I mimicked his reactions. The more I read, the more astonished I was. No one ever dare to say Alex J. Cavanaugh doesn't write realistic characters, for he had just ran into the dragon version of his MC. That's a compliment for the author. Not so much for me, considering how people sees this particular character but even that was quite an eye opener.

For me, CassaStar was more than entertaining. There's plenty of action, the fast pace alone deserves a special mention from the dragon. It's just my kind of pace. No female characters but I honestly didn't see that as an issue. Alex was successful in getting me into the story, see the settings and the people. The end did remind me of StarWars a bit too much but by then, I was so absorbed by all the good things I've found in this book that I shrugged it off.

A book that makes reading the first thing I do in the morning and the last thing I do at night, a book that I risk to read while walking, cooking, eating and dwarf-bossing, a book that fills my thoughts even when I'm not reading it, that's the kind of book Father Dragon is hot about. As I cast blazing stars for CassaStar, I warm up for CassaFire. I've heard from good authority it only gets better.

In the meantime, Father Dragon is very happy to give CassaStorm, the last book of this trilogy, a warm and smoky shout-out. 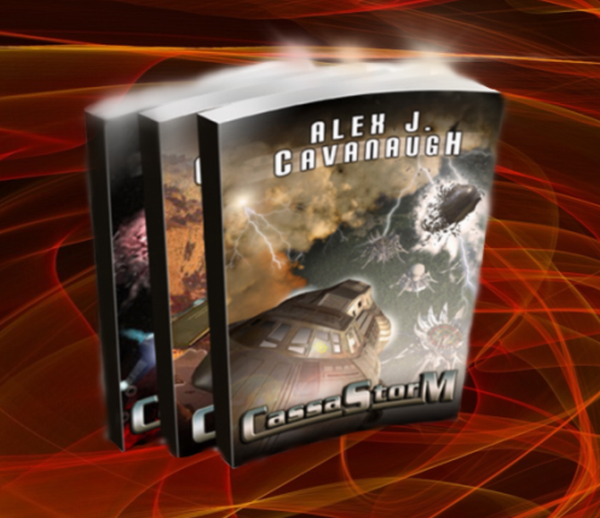 FD's question - "What was your greatest writing challenge, considering all three books?"

Alex's reply - Several things were challenging, such as writing from a female point of view in CassaFire to writing from the viewpoint of a child in CassaStorm. I’d say the greatest was just coming up with the storyline for the third book. The first book was a rewrite and the second came from a short story, but I had to come up with CassaStorm from scratch.

Comment on Alex’s blog this week for a chance to win a Cassa mug, mousepad, magnet, and swag! 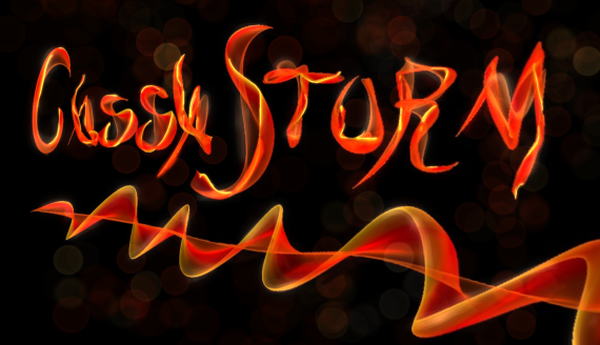 From the Amazon Best Selling Series!

A storm gathers across the galaxy…

Commanding the Cassan base on Tgren, Byron thought he’d put the days of battle behind him. As a galaxy-wide war encroaches upon the desert planet, Byron’s ideal life is threatened and he’s caught between the Tgrens and the Cassans.

After enemy ships attack the desert planet, Byron discovers another battle within his own family. The declaration of war between all ten races triggers nightmares in his son, threatening to destroy the boy’s mind.

Meanwhile the ancient alien ship is transmitting a code that might signal the end of all life in the galaxy. And the mysterious probe that almost destroyed Tgren twenty years ago could return. As his world begins to crumble, Byron suspects a connection. The storm is about to break, and Byron is caught in the middle…

“…mesmerizing story of survival, personal sacrifice, tolerance, and compassion. It’s a rare jewel that successfully utilizes both character and plot to tell a story of such immense scope and intimate passion…” - Nancy S. Thompson, author of The Mistaken

“CassaStorM is a touching and mesmerizing space opera full of action and emotion with strong characters and a cosmic mystery.”  – Edi’s Book Lighhouse

"Cavanaugh makes world building on the galactic scale look easy. The stakes affect the entire known universe and yet Cavanaugh makes it intensely personal for our hero. The final installment of this series will break your heart and put it back together."- Charity Bradford, science fantasy author of The Magic Wakes

Alex J. Cavanaugh has a Bachelor of Fine Arts degree and works in web design and graphics. He is experienced in technical editing and worked with an adult literacy program for several years. A fan of all things science fiction, his interests range from books and movies to music and games. Online he is the Ninja Captain and founder of the Insecure Writer’s Support Group. The author of the Amazon bestsellers, CassaStar and CassaFire, he lives in the Carolinas with his wife.
Website – Twitter – Goodreads