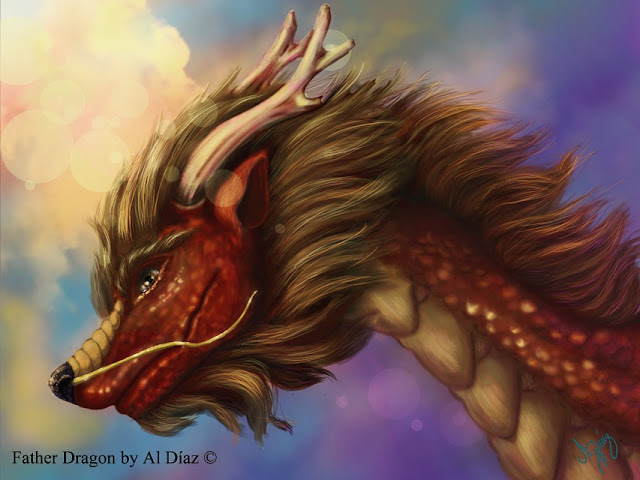 Father Dragon, also known as Al Diaz, is a fire dragon who is an English-Spanish translator, an artist and a philosopher. His mother language is Spanish. He studies humans and their nature in order to write stories about them. He has one hundred and fifty dwarves as his loyal but not always efficient minions. They guard his treasure and his cave in Mexico City. He can shift into human when the occasion calls for it - although usually occasion gets the wrong number.

He is the owner of the official Dwarf Cheering Squad formed by: Sessin, son of Tassin (big guitar); Tassin, father of Sessin (leader glove); Pancholin, grandson of Manolin (trumpet) and Milin, son of Carmelita (violin). 
Father Dragon believes pictures of himself may bring the unwanted attention of dragon hunters. That's why he has a dragon mascot to do some of the exposure job for him. His Mini-Me keeps the circus style mane to remind him of his inner clown (one he ate long ago, thereof getting the funny accent.) 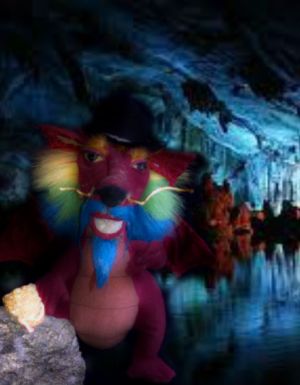